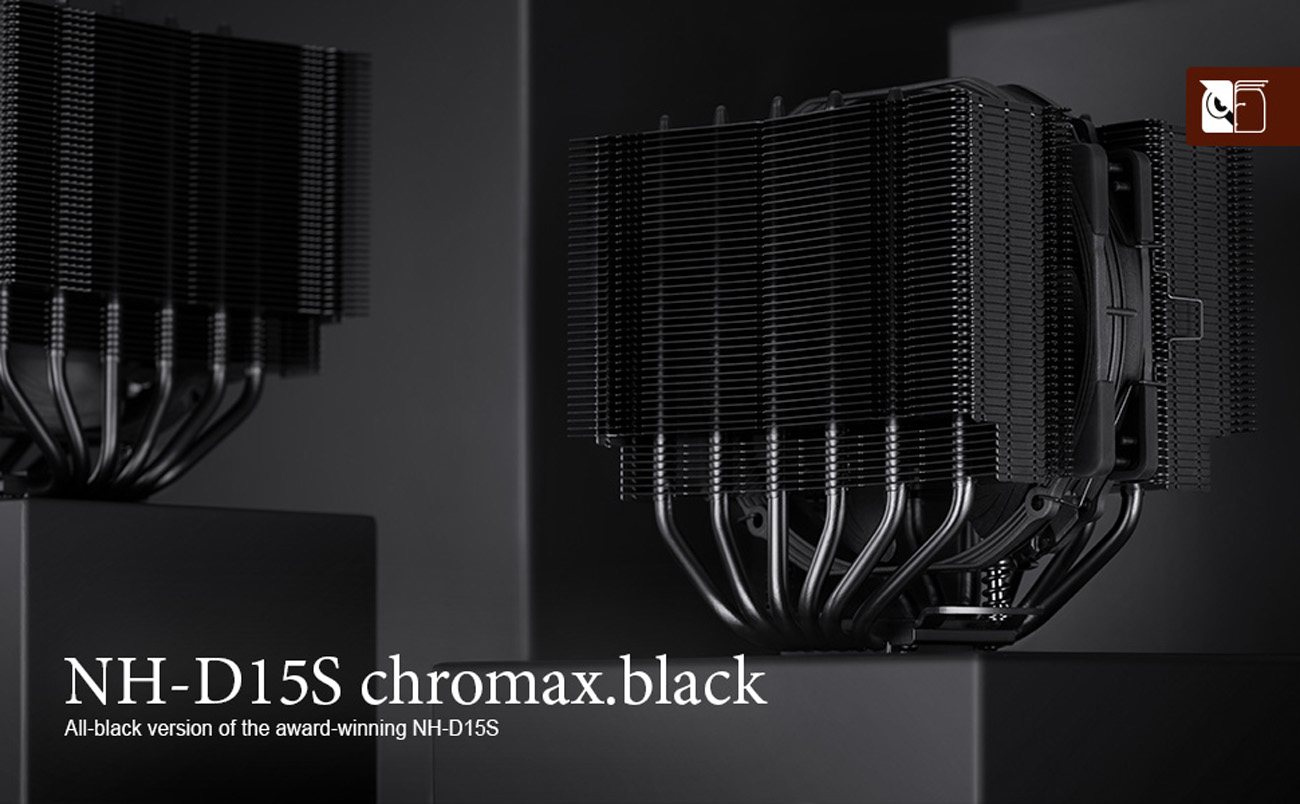 The NH-D15S chromax.black is an all-black version of Noctua’s award-winning NH-D15S premium-quality quiet CPU cooler. Thanks to the same asymmetrical dual-tower heatsink design and single NF-A15 PWM fan, it stays true to the NH-D15S’s successful formula of fusing dual-tower performance with excellent RAM, case and PCIe compatibility. At the same time, the chromax.black version with its black fan and black coated heatsink combines these assets with a sleek stealth look. Topped off with the renowned SecuFirm2 multi-socket mounting system and Noctua’s enthusiast-grade NT-H1 thermal compound, the NH-D15S chromax.black is a premium choice for customers who seek a highly compatible dual-tower heatsink that looks just as great as it cools.

Compared to the award-winning NH-D15, the S-version uses an off-set, asymmetrical layout and a single instead of dual NF-A15 fans. This allows the NH-D15S to provide state-of-the-art heatsink performance while maintaining superior RAM and PCIe compatibility.

Thanks to its recessed lower fins, the NH-D15S provides 65mm clearance for RAM with tall heatspreaders or RGB illumination, making it compatible with most high-end modules on the market. As the lower fins are recessed on both sides of the heatsink, compatibility is excellent not only on LGA115x and AMD, but also on LGA20xx where there are RAM slots on both sides of the socket.

Using the optional NA-HC3 and NA-HC4 heatsink covers as well as the NA-SAVP3 anti-vibration pads (available in black, blue, green, red, yellow, white), the NH-D15S chromax.black can be fully customised to fit popular build colour schemes such as black and red or black and white.