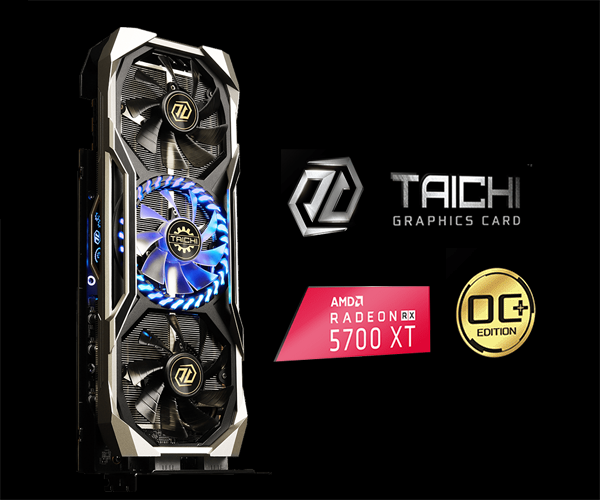 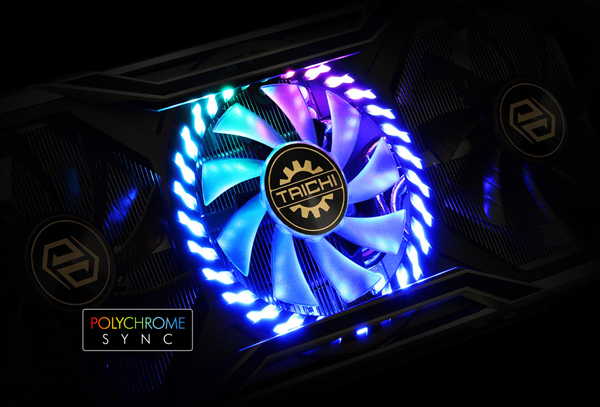 The two 90mm and one 80mm fans provide the optimized cooling efficiency for the best balance between performance and silence. During low load levels, the Taichi Triple fans will stop for complete silence. Taichi Tweak utility and AMD Radeon Software Adrenalin 2019 Edition are offered for easy management of your gaming experiences.

Expands and maximizes users’ vision through the 6 display outputs.

Enhanced structure and prevent the PCB from being bended.

With the integrated ARGB LEDs, you can create your own unique colorful light effects which can also be switched on and off. It can also be synchronized with your ASRock motherboards that support Polychrome SYNC.